Tea is the second most popular drink on this earth after plain old water. Some researchers are saying it may be even healthier than water.

Studies show that only one cup of tea may have up to five times more antioxidants than any one fruit or vegetable.

Another benefit of drinking tea:  it has no calories if you don’t add sweetener or milk.

What are the Top 5 Health Benefits of Drinking Tea?

1)  It’s good for your brain – It makes you more productive, it wards off Parkinson’s disease and slows the development of Alzheimer’s. And, it helps combat the effects of aging and stress!

2)  It’s good for your bones – It may protect against bone loss. It is shown that people who are regular tea drinkers have higher bone density that those that rarely drink tea.

4)  It’s good for your skin – Green tea has anticancer properties (EGCG) that may avert the growth of skin tumors. It may also reduce the harshness of UV radiation.

5)  It’s good for your metabolism – Tea has been shown to increase calories burned as well as releasing fat from fat stores in the body. Drink one or two cups of black, oolong, or green about 30 minutes before working out. 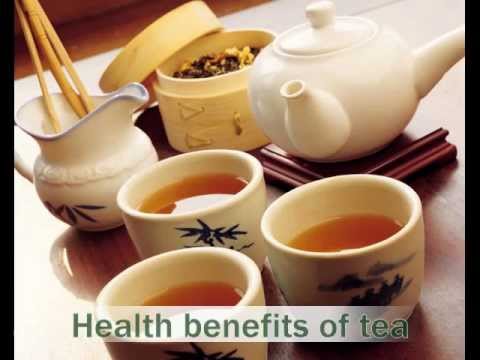 Take advantage of the Top 5 Health Benefits of Drinking Tea!

Green Tea – A Cup a Day Keeps the Doctor Away

View all posts by Janay →